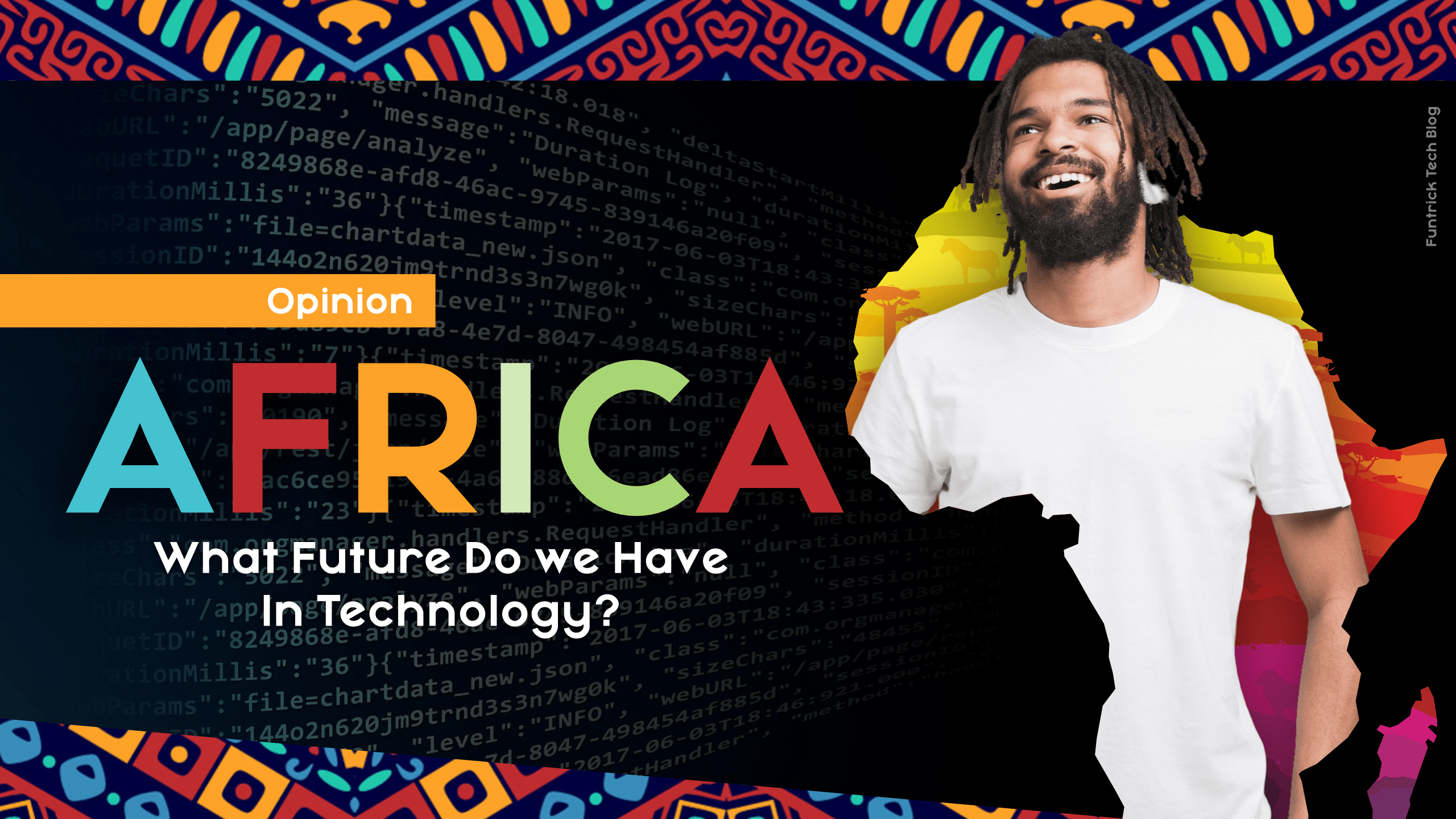 Africa is a continent that is rich with mineral resources, very talented young population and the best weather conditions anywhere else in the world. But these beautiful features of Africa is being endangered by corruption, lack of good leadership and greed from the ruling class.

When we consider poor leadership in Africa, it isn’t about whether Africa has talented people who can pioneer Africa out of the very wrong image it has had over time, it is about those in the ruling class. Those in the ruling class are making it impossible for the young ones who are more talented and skilful to take over the baton and lead Africa to what it is supposed to be.

Outside the African soil, there are records of many young Africans who have excelled so well in those vital places Africa is lagging behind as a continent. There are records of Nigerians breaking grounds in Science and other industries. Does this ring a bell? Perhaps, the problem with Africa is in Africa.

Yes, colonialism and slavery have hurt Africa so badly. But there is more to this than we have ever thought. Africans must start looking inwards; there has to be a continent-wide orientation where even families are made to see how to facilitate the birth of a new Africa. Africans need to move on from the ills of the past and forge ahead! We must stop blaming our colonial masters and take our own destinies into our hands, that is what been free means.

Does it not bother you that despite some success in technology, Africa with the vast population of talented young people aren’t anywhere near leading in technology. When we consider human resources, Africa has what it takes but whatever is denying Africans the opportunity to break through more than they have ever done is poor leadership and corruption.

The growing dependence on China is worrisome. Africa seems to be trying to solve a problem by creating another problem. Years after deliverance from colonialism, African leaders seem to be taking Africa back to another slave master, perhaps a different person this time. What exactly is wrong with Africa’s dependence on China?

If Africa is collaborating with China to improve technology hubs, access to the more sophisticated study of technology, research and development centres for technology, it would have been worthy of celebration but Africa’s leaders aren’t seeing the future. China keeps pumping loans into Africa and these loans are usually going into Ill managed projects.

The future of Artificial Intelligence will be gloomy for Africa and Africans if we don’t start getting ready for it now. Africa was the beginning of human civilisation, that’s great to reckon with but how is this past helping us? Does it change anything? Does it quickly push Africa into the list of big players in technology? Does it deliver Africa from its over-dependence? Of what use is the past when it seems we are robbing ourselves of the future?

Africa has claimed its spot in the entertainment and creative industry. In fact, local fashion designers in Nigeria have displaced the influence of well known foreign designers and no one cares about them anymore. In the music industry, western songs don’t trend anymore and in fact, westerners are beginning to collaborate with Africans to advance entertainment and bring the combination of both world to many. We also need these collaborations in science and technology.

We excel in many things that depend on technology to thrive and unfortunately, African isn’t in control of its own technology yet. Africans are mostly consumers not because they lack the creativity and skills to produce but because most African leaders who are hungry for power lacks will power to put these things in place.

We no longer care what Africa was in the past, we are concerned about what Africa will be in the future and what it is now. Africa lacks a lot of basic resources to kickstart a revolution in science and technology but she is doing so much with the little she has but it is time to take the bull by the horn.

We don’t desire a future where the majority of kids are made to follow the status quo in their career choices. Art, foods, fashion and entertainment have excelled in Africa, it is time to let science and technology made by Africans also take the lead not just in Africa but around the world. We want a future where our kids will be able to understand AI like ABC, a future where our kids would not be subject to others simply because ‘others’ seem to have more solutions.

It bothers us that Africa is missing out when we start counting very influential and world top tech firms with global impact. You read the story of IBM, Apple, Microsoft, Amazon, Facebook and even Telegram plus a list of others, and you begin to realise that conventional education doesn’t do so much in leading inventions. Most times, conventional education only teaches us what has been invented, it can’t challenge the status quo, it is not revolutionary! Most inventors all over the world ditched conventional education and went straight for what they wanted.

Maybe, we should take a cue from them and realize that we can drop out of school and not drop out of education. This doesn’t mean conventional schooling is bad, at least it usually kick start the engine but dulls it when the mind isn’t made to think out of the box. We can as well rearrange our school curriculum to incorporate those aspects of education that leads to invention. We should become innovation-friendly more than certificate friendly.

The fight for relevance should be brought down to the grassroots. While Africa needs a continent-wide reorientation, we need to intentionally discard the corrupt leaders who are the major obstacle of the African progress and we need to take our destiny into our own hands. We deserve better.

But more to this, parents must help their kids by going beyond the conventional education and giving their kids the opportunity to learn basic programming languages as children. This will unlock their creative capacities and ability to solve logic.

In the world of AI, we can help every kid come into the world prepared and armed by letting them learn modern science as early and possible. We must also encourage them to learn mathematics and solve problems with it. We are Africans and somehow, we will always win!

Maybe, we are just being paranoid as a result of what is being thrown to our faces every day but we can’t afford to raise another generation that is fearful, lacking in will and only ready to consume what has been invented. We want a generation of young Africans that will challenge every known invention.

The likes of Flutterwave, Paystack, Jumia, Interswitch and so many others are taking the lead and has proven the potentials of Africa to some extent but there should be more and we shouldn’t be satisfied with where we are. There should be pure science and technology that is made in Africa for solving global problems.

Onyedikachukwu George Nnadozie is the creative director of Funtrick Technology, an author and a public speaker. Aside from his creative job at Funtrick Technology, he takes time to write on his personal blog, George’s Diary. He also currently works for other brands, to bring full-time digital-solutions to their needs.

THE BIG DEAL | The Cap at Portland

August 28, 2021
Close Menu
We use cookies on our website to give you the most relevant experience by remembering your preferences and repeat visits. By clicking “Accept”, you consent to the use of ALL the cookies.
Cookie settingsACCEPT
Manage consent

This website uses cookies to improve your experience while you navigate through the website. Out of these, the cookies that are categorized as necessary are stored on your browser as they are essential for the working of basic functionalities of the website. We also use third-party cookies that help us analyze and understand how you use this website. These cookies will be stored in your browser only with your consent. You also have the option to opt-out of these cookies. But opting out of some of these cookies may affect your browsing experience.
Necessary Always Enabled
Necessary cookies are absolutely essential for the website to function properly. This category only includes cookies that ensures basic functionalities and security features of the website. These cookies do not store any personal information.
Non-necessary
Any cookies that may not be particularly necessary for the website to function and is used specifically to collect user personal data via analytics, ads, other embedded contents are termed as non-necessary cookies. It is mandatory to procure user consent prior to running these cookies on your website.
SAVE & ACCEPT
wpDiscuz
0
0
Would love your thoughts, please comment.x
()
x
| Reply